Over the last 20 years we have used more Bosch concrete bits than any other brand.  Part of it is availability and part of it is the quality. Bosch invented the Bulldog Xtreme SDS system as well as the larger SDS max system. They allow for a much more secure connection to the drill and better performance and lifespan while drilling concrete.

There haven’t been many changes to SDS plus bits in the past several years. Manufacturers may change the hardness of the carbide  for longer life in certain conditions or the angle of the flutes to more effectively pull dust out of the hole. For the most part though they have been really similar in design. Even comparing different brands you will see they are all essentially the same. You will have the sds portion at the top. Then the shaft will be a helix design with flutes at varying degrees and then the tip will be a thin piece of pointed carbide brazed to the end. There really isn’t anything wrong with this design. It has proven itself to be effective for decades.

A few years ago a few manufacturers started to offer full head carbide SDS plus bits. They were designed to last longer than the tried and true design of a thin slice of carbide at the end. They were supposed to have greater impact protection and overall life span.

One place that really needed attention was bit life while drilling reinforced concrete.  Rebar has been the death of untold concrete bits. It is a very hard metal. When a bit strikes the metal it can easily chip or  shatter the carbide tip. It can also break the whole tip off.  Even if it is a full head carbide tip. This is especially so if the tips are brazed to the shaft.  Sometimes the bit will barely glance off the rebar. Other times it will bind and break. 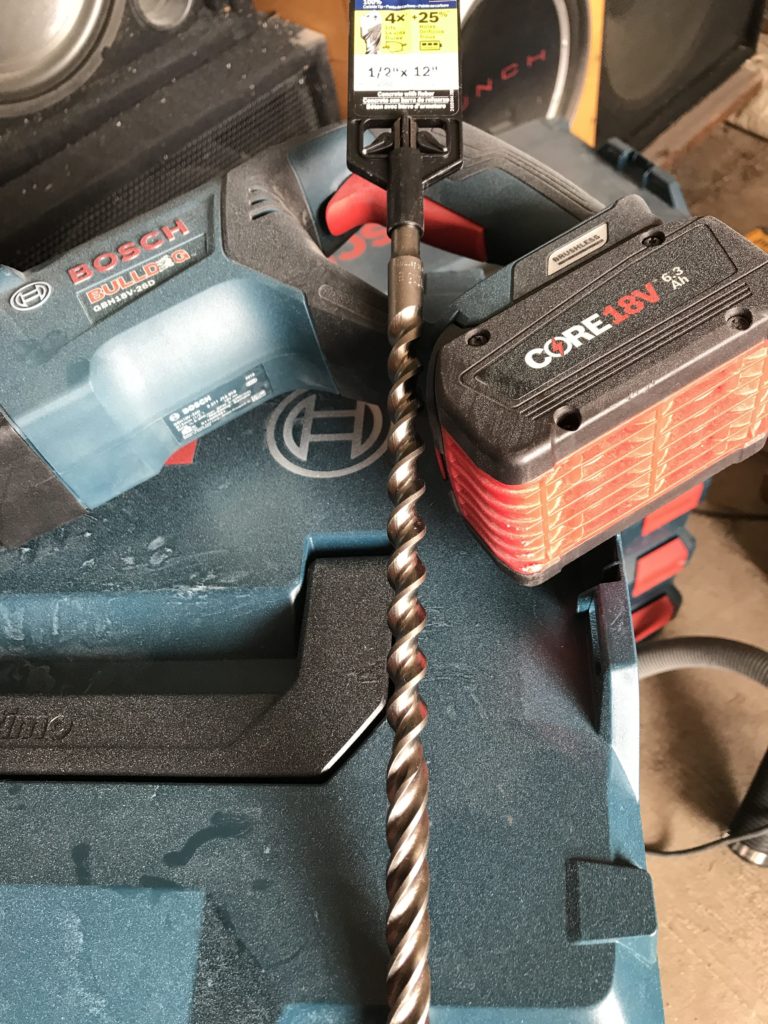 The new Bosch Bulldog Xtreme bits are such a big step up. They are full head carbide but they are very different. Instead of using a soft material to try to basically glue (braze) two materials together they are actually welded.  This makes for a very strong, reliable connection. It means that when drilling concrete and you hit rebar, the Bulldog X-treme will keep going rather than breaking like most bits. 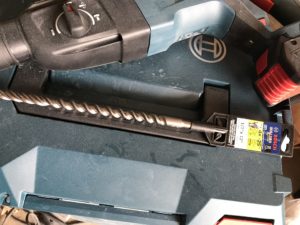 Don’t just take our word for it. If you want to take your concrete drilling to the next level check out these awesome bits for yourself at HomeDepot.com

I acknowledge that The Home Depot is
partnering with me to participate in
the ProSpective 2018 Campaign. As a part of
the Program, I am receiving compensation in
the form of products and services, for the
purpose of promoting The Home Depot. All
expressed opinions and experiences are my
own words. My post complies with the Word Of
Mouth Marketing Association (WOMMA) Ethics
Code and applicable Federal Trade Commission
guidelines.
toolpig2019-04-11T11:08:16-05:00April 11th, 2019|Accessories, Bosch, Concrete Tools|0 Comments