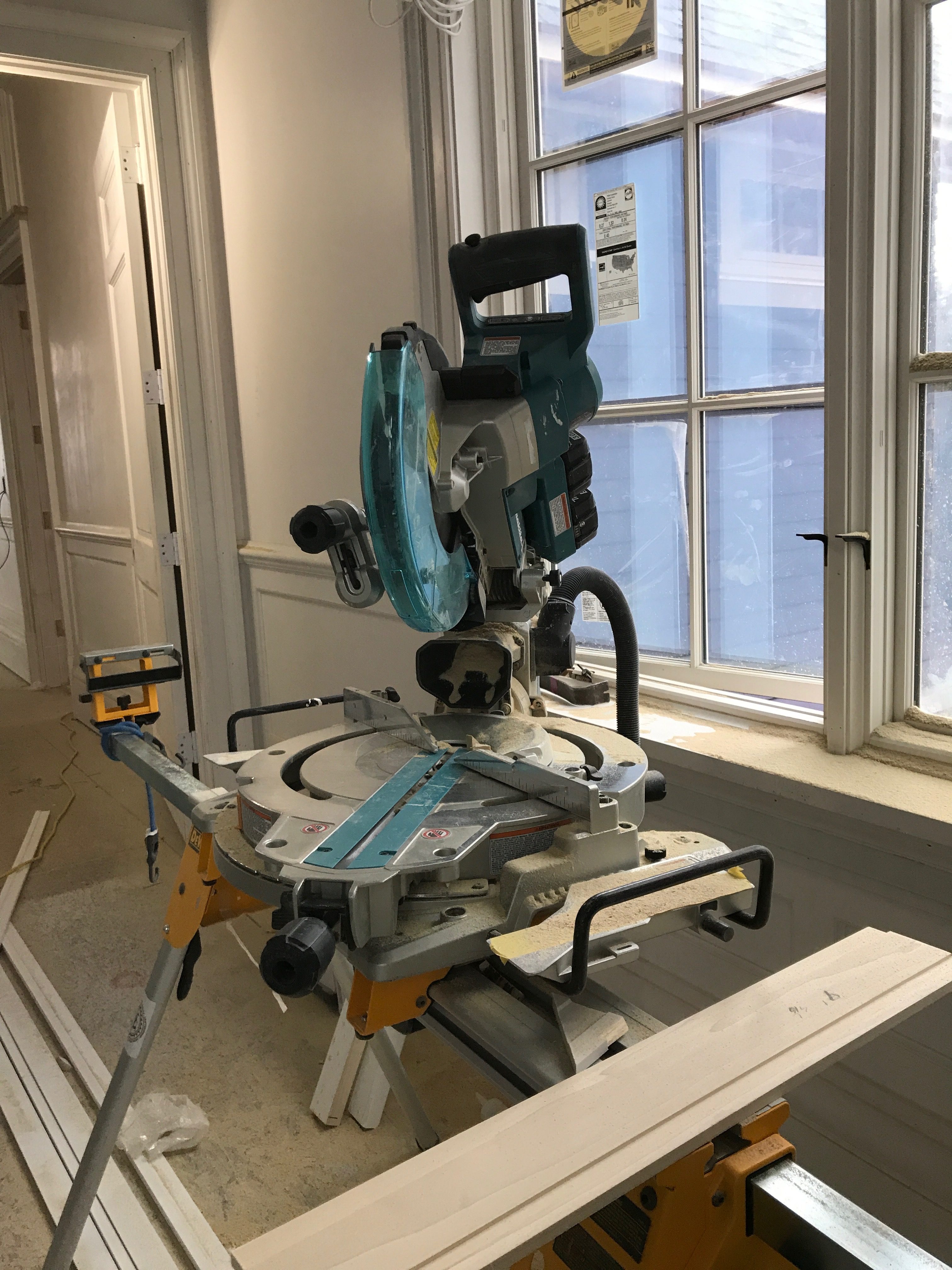 I was able to use the Makita LS1019L and the XSL06 on the same jobsite for 2 weeks.  I was working with Ken Alger of @riwoodworker on Instagram doing a mill work install in Lexington.
I’ll start this off by saying I miss my old Hitachi Koki chop saw, I have a DW716, 7 1/2” X2 makita, have owned 2 Bosch 10” SCMS and have used a Kapex for an extended period.

I was surprised by my findings when I used the two new Makita saws. I really wanted the cordless model to be my favorite.

The XSL06 was able to cut through these materials, but it struggled somewhat, which at points caused it to slightly make the blade deflect. Only when cutting on a miter and bevel did it have this problem. 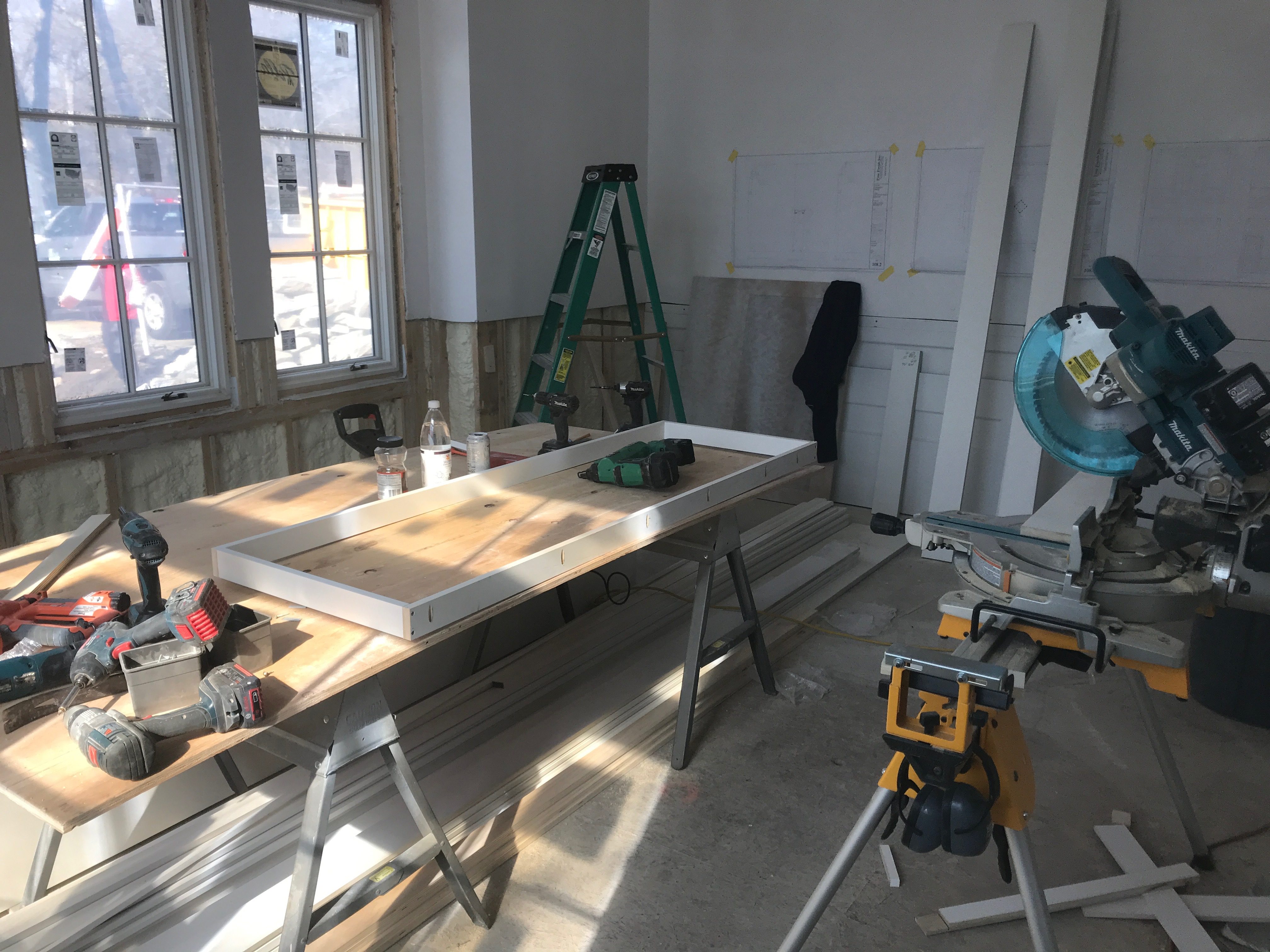 The other difference between the two that I preferred the corded over the cordless was the head spring. I’m assuming because of the extra weight of the batteries they had to make the head spring a little tighter on the XSL06Z. It’s not noticeable unless you’re switching back and forth from saw to saw. (They were set up in the same room, one for cutting the crown on the flat and one for 90° cuts). The slighter tension on the LS1019L just made the saw feel smoother.

We had no problems with any play in the head of either saw and I haven’t had a problem with my personal saw either, that seems like an out of the box problem not one that comes on with use.

The huge plus of the cordless model is it’s cordless, unless you are cutting extremely thick and wide hardwoods it has more than enough power. It never blew the breakers on the job we were on. It’s pretty much a cordless saw with corded power.
The only other problem with it is dust extraction, but if hooked up to the corded/cordless Makita vacuum with the paddle switch on top I just tap the paddle switch with my foot and the vacuum is on and tap again with my foot and it’s off. No turning a switch to turn it on and off which takes time and time is money.

We got about 4 hours of run time with 2- 5.0’s, 4 carpenters and two saws going. We were pushing the saw to it’s limits.

The LS1019L, you just couldn’t stop it. It ran right through anything we put in front of it.

The dust collection on the two saws is great compared to any other saw I’ve used. It’s darn close to the Kapex if not on par with it. The dual ports really help with collecting as much dust as possible. Just remember to run a large hose on your dust extractor, the smaller the hose the less power the vacuum will have in collecting dust.

For the price of either saw it’s the best in its class, the top rails, the power, dust extraction, simple bevel adjustment. It’s got it all.

I’d be hard pressed to tell you which one to buy. It’s a matter of needs. Is being cordless, no trip hazards, running cords, moving around a lot more important to you. Or is having a saw that just goes, has a little more power and won’t have a battery die on you mid cut more important??? 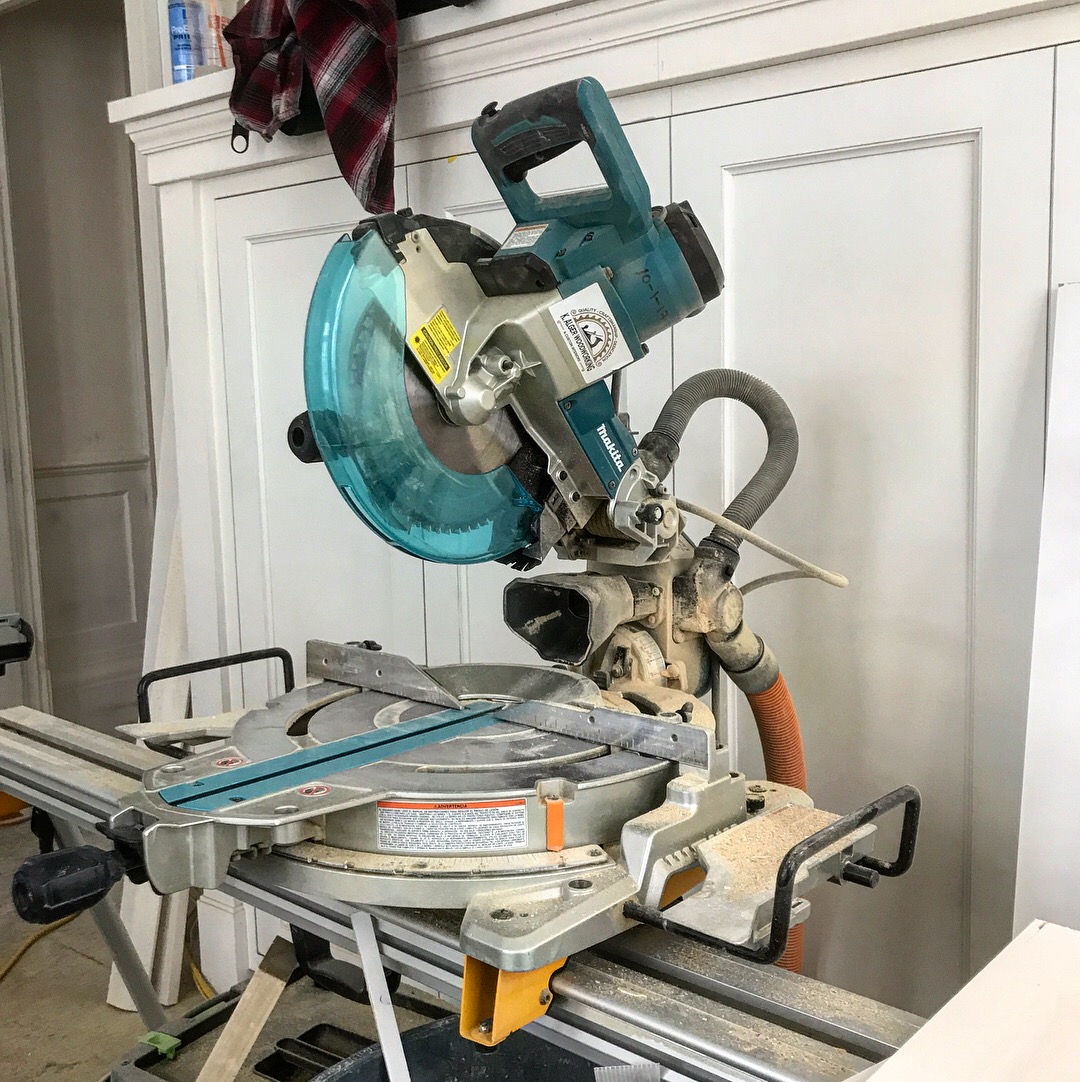 Either way you’re getting a beast of a saw, for less than half the cost of its closest competitor.

To learn more about this tool click here Makita Tools

About the Author: Brad Gosselink